McBains is delighted to announce a series of well-deserved promotions in support of the company’s future growth plans:

All of the above individuals possess the qualities expected of a senior McBains employee; being thoroughly professional, trustworthy, respectful and always willing to support their colleagues and the wider business. Their promotions demonstrate how committed we are to supporting staff in developing their careers within the business, with some individuals being with us since they were graduates! Their new roles will enable McBains to continue to grow and it is this growth that will drive and generate further opportunities for others within the business.

PETER O’ROURKE has been promoted to the position of Director within the housing and master-planning team. Having originally joined as a graduate over 20 years ago, Peter has ascended the ranks thanks to his hard work, commitment and consistently high level of service.

IAN STACEY has been promoted to Director within London’s development monitoring team. Ian joined McBains in 2011 as an Associate Director, before going on to be promoted to Technical Director. He is amongst the most highly recognised individuals in his field and his quality of service, knowledge and expertise is valued throughout our banking and funding sector clients.

GEORGE PAPADOPOULOS has been promoted to Director within our Athens office. George joined the business in January 2010 and was, along with Apostolis Drakoulis, one of the original employees of the office in Greece and continues to take the lead on the development and growth of McBains in that region.

APOSTOLIS DRAKOULIS has been promoted to Technical Director within the Athens office as he continues to take responsibility for the operations and quality assurance of all projects delivered from the office in Athens.

George and Apostolis both joined the business in 2010 when McBains first opened its office in Athens to serve businesses across North Africa, the eastern Mediterranean and eastern Europe. Despite some initially challenging political and economic conditions, George and Apostolis have developed the Athens office into a highly successful business; delivering Greece’s first ever PPP projects and securing numerous repeat and high value instructions from private sector clients and funders.

MONTANA YEOMANS has been promoted to the position of Associate Director and moves into a central role supporting the wider business. This is in recognition of his huge involvement with the company’s BIM / digitisation initiatives, and the business’ ongoing commitment to being one of the leading consultants in these areas.

STUART SMART has been promoted to Associate Director within the Thames Valley office. Since joining in September 2018, Stuart has quickly established himself as an important member of the team, trusted by both colleagues and clients alike.

GINA XYRAFA has been promoted to the position of Senior Engineer within our Athens office. Since joining in 2015, Gina has proved to be a valuable and highly diligent member of the Athens team. In addition to her engineering capabilities, Gina is also passionate about sustainability and spearheads our BREEAM initiatives in Greece.

RICKY HUNT has been promoted to the position of Project Director within London’s cost management (LCM) team. Since joining McBains last year as an Associate Director, Ricky has proven to be a technically competent and diligent member of the LCM team. He is highly experienced with specialist skills in MEP cost management.

IAN HORROBIN has been promoted to Project Director within the London development monitoring team. Since joining McBains in 2013, Ian has proven himself to be a key member of the team and integral to its success. He is highly regarded throughout the industry which allows him to develop new client relations whilst maintaining a high level of service delivery.

ERIC ONG-SENG has been promoted to Project Director within the London development monitoring team. Having joined McBains in 2016, Eric’s extensive market knowledge and unique skillset – centred around strategic thinking, a commercial mindset and a pragmatic approach to problem solving – have allowed him to work efficiently and effectively with our key clients for the benefit of the team and wider business.

CHRIS MOORE has been promoted to the position of Project Director within London’s building surveying team. Chris joined McBains in 2003, initially as a year out student, returning after graduation and has worked his way up the organisation ever since. He is, both technically and professionally, a very capable surveyor who is committed to the delivery of a first-class service.

EDUARDO SANZ SOLANA has been promoted to the position of Associate Director within the London development monitoring (LDM) team. Since joining McBains in 2015, Eduardo has consistently delivered to a high level leading to clients trusting him with high value and high-profile projects.

HEATHER FEARNLEY has been promoted to the position of Business Support Manager (in addition to her ongoing PA duties). Since joining McBains in 2011, Heather has shown great competence and diligence. Her pragmatic approach, along with her support and loyalty to the business, have proven invaluable throughout her career with McBains.

DENISE O’LEARY has been promoted to the position of Marketing Manager. Throughout her career with McBains, Denise has consistently proven to be a hard-working and diligent individual. She has led the company through some major marketing milestones, including a corporate re-brand, intranet overhaul and website re-design.

TOM JOHNSON has been promoted to the position of Senior Cost Manager within London’s cost management team. Tom is proactive, diligent and results-focussed, with good technical skills and delivers a high-quality service.

KATHRYN SKINNER has also been promoted to Senior Project Architect within the London architecture (LAR) team. Kathryn is a valued member of the LAR team with a keen eye for detail and a passion for design.

MATT BALDWIN has been promoted to Project Lead within the London architecture team. Matt is a highly regarded member of the team who is well respected by his client and peers alike. His promotion recognises personal commitment, hard work and achievements; whilst allowing him to further develop his career within McBains.

Planning permission secured for more than 330 new homes in Cambridgeshire

McBains has secured planning approval with Barratt & David Wilson Homes, for 336 new dwellings at Wintringham Park, a new sustainable urban extension development to the east of St Neots in Cambridgeshire. 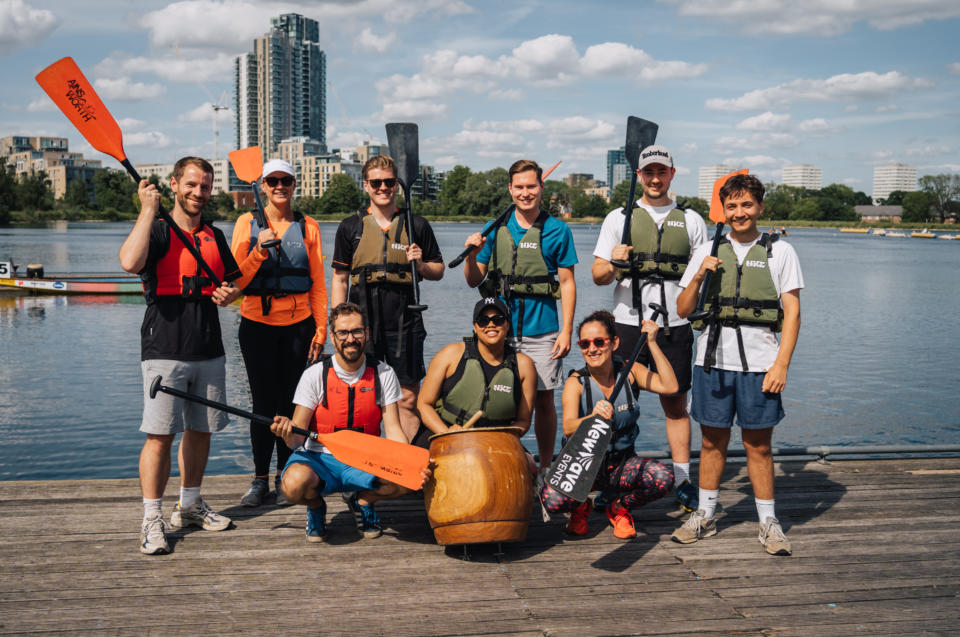